Here’s Billy da Blare, an earth spirit of significant development, about 18 inches tall. Infact he is actually standing on the head of a friend of mine called Leiana, you couldn’t see Leiana’s head because her hair is black and there was so little light in the valley of Griffith Park, were this photo was taken ( the white area at the bottom of the photo is the collar of her coat ), but you can clearly see the look of surprise on Billy’s face as he realises that I can sense him. He is smartly dressed in a green suit with white trim, I call him the dandy man of the forest, as he clearly has a sense of style, wearing his hat tilted to the side and just so. You can also clearly see his auric energies spreading out from his shoulders and arms forming fiery wing like patterns flowing up and around, being blue closest to the body and a bright green at the edges. Also around his forearms appear bright energy centres from which the wing like patterns seem to be anchored to, and radiating from. 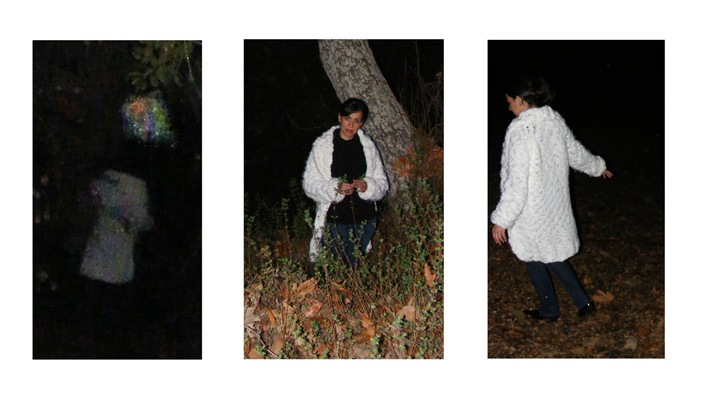 
Here's a comparison of some shots of Leiana wearing her white woollen overcoat, to help give a sense of just how dark it was in that valley region of Griffith Park. The shot on the left is were Billy da Blare appears above her head.


The central shot of Leiana was taken at the top of the slope before she descended into the valley.


The one on the right is almost a mirror image of the one on the left, taken in a different part of the forest were there was a lot more light. 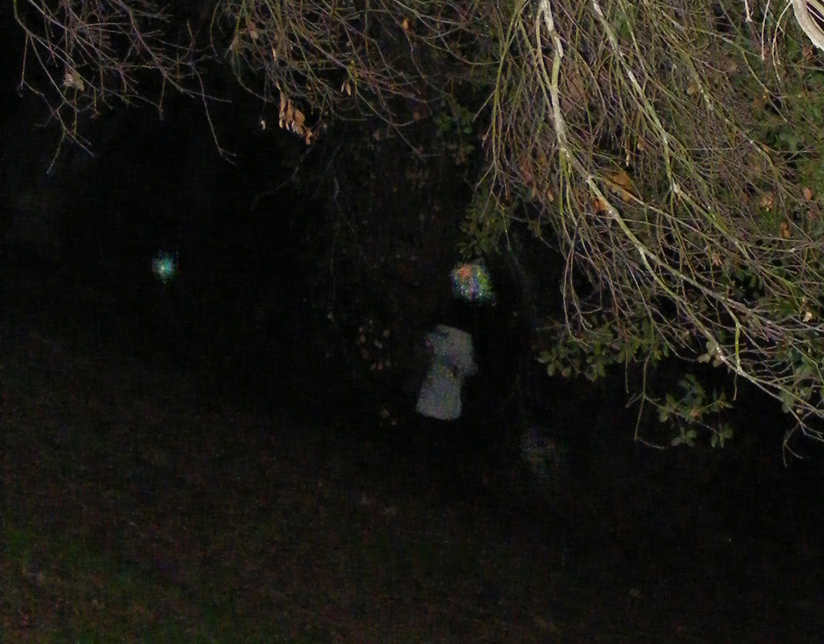 Marco and the Faerie Park 032 Billy and friends


Here's Billy and Leiana in context with the valley. Notice that they are not alone, there are two other spirits there, one on the left and the other of the right. All three spirits are of the some order of beings, appearing in different states of materialisation. 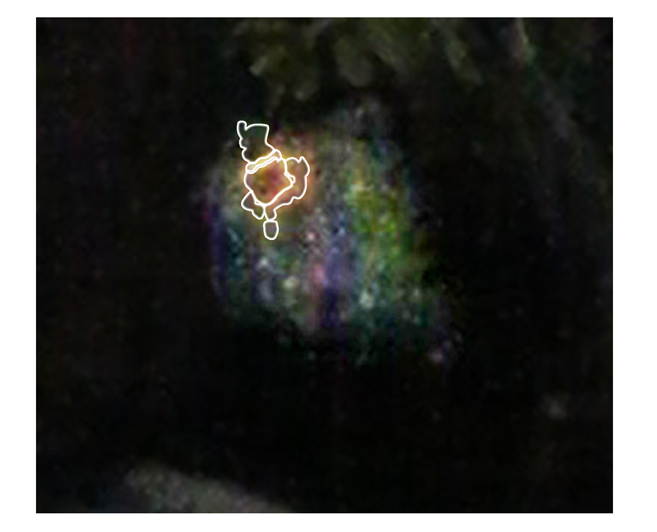 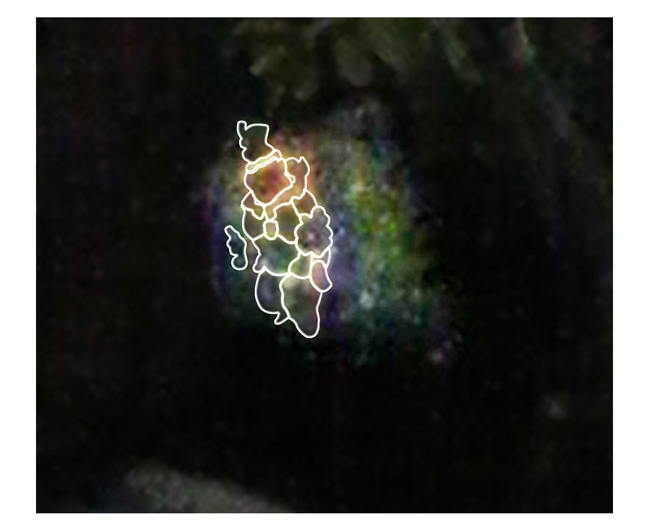 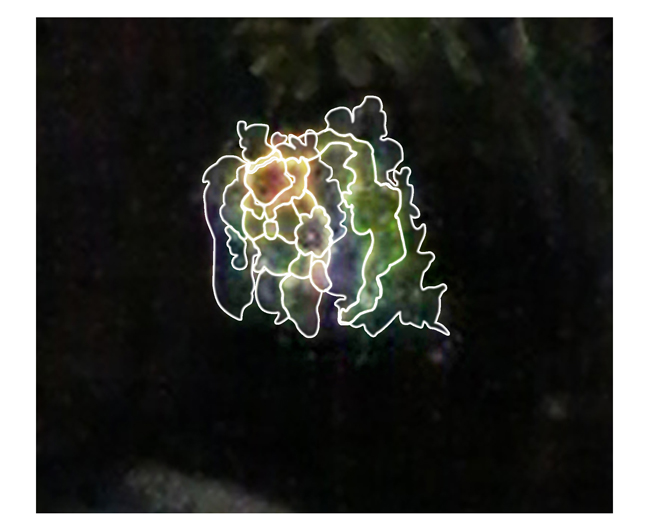 
Here the full form outlined, both his body and auric wings which spread out and flow form arms and shoulders. 
Can you see Billy?


Oh, by the way I almost forgot to mention, with Billy as with many other faerie beings, he has the ability to “shape shift”. And usually they’ll take the forms of animals to avoid detection when working close to the physical plane. You wouldn’t notice anything unusual in passing, however if you had a chance to obverse their “animal forms” for long periods, you might begin to notice something odd about them. Around the time of night that this photo was taken in Griffith Park ( 6pm ), the coyotes had started to appear. The coyote is one of Billy’s favourite animals to intimate, there is almost a totemic energy imprint of a cat like/coyote countenance about his form. I’ve seen and sensed a similar thing in a ten foot tall Merman, that could reverse his energies to appear like some kind of dolphin/small whale like creature.