One Thing Leads to Another

First up, I would like to give a special thank you to everyone that came to my exhibition at Mario Café at the start of the year, helping to make it the success it turned out to be. It was great to meet and catch up with so many old friends, many of whom I haven’t seen in quite a while, and it was great to meet and make so many friends out of it as well. The Art was well received, and it was good to have the exhibition take place in North London, Kentish Town. A place that holds a lot of memories and a special place in my heart from my childhood, as I used to go to school close to that area. Highgate, Archway, Highbury, Finsbury Park to Camden and Kentish Town, all used to be regular haunts of mine in my youth.

So it had even more resonance for me to hold it in Kentish Town, as a 20 year retrospect of my life and
times as an Artist and commercial illustrator. Visually and symbolically, walking down the rose tinted road of memory lane, and reflecting on subjects, themes and concepts that have inspired my imagination, shaped my consciousness and brought meaning, upliftment and ‘Soul’ into my life. Ten paintings reflected the prism of light and colour, form and structure that gave expression to the compositions’ of my minds eye, born out through my artistic expressions. Through ten paintings presented on the long and narrow walls of Mario’s Café, I aimed to take the viewer on a journey into a mental landscape of music, activism, heritage, Spirituality and the sincere fondness and affection I have for that part of North London. And of course, in the mix amongst them where a few representations of Angelic beings and mystical encounters.

One things has led to another, on top of the work being well received by the general public and friends alike, at proved itself to be a finance viable venture, with several copies of prints on display being sold, as well as sales of other pieces not featured in the exhibition. But in some ways most intriguingly, one door opening has seemingly led to many other doors opening in it’s wake, with varied projects and opportunities springing forth out of the foundations laid at Mario wonderful little Café. One of those opportunities to bear early fruit, will be another exhibition. This one will take place in early May, South of the river, at the Croydon Supplementary Education Project. Exact dates and opening times are yet to be confirmed, will keep you all posted on further developments. Aside from Art, another field of interest that has qickened and developed along unexpected lines of late,
is my work as a Spiritual healer. For about a year now, I have been the healing leader of Balham Spiritualist Church. A small church with a dedicated congregation, and a colourful and intriguing background ( the Church was converted from a dancehall and club, once owned by the Richardson Brothers, who were rivals of the notorious Cray Twins ). Before my arrival, the Church was without healing for more than half a year due to the previous healing moving away. I was asked to fill the roll, in order to the resume the healing service for the community there. And from humble beginnings, we have gone on from strength to strength, with a number of trainees also coming on board and taking their first steps to becoming qualified healers through the Church.

One of the most intriguing aspects that has develop with my healing over the preceding year, is the regularity with which patients report sensing Spirits being present and surrounding them whilst the healing is taking place. It’s not just the energy they feel, sense and benefit from during the sessions, but also the ‘physicality’ and close approximation of Spirits visceral tangibility that people constantly declare to me afterwards.

In the manner and style of heal I typically employ at Spiritual Churches, the patient will usually have their eyes closed during the healing session, with myself for the most part standing behind them, on occasions placing my hands, either on their shoulders, the upper portion of the back or on the crown of their head. Other then that, for large portions of the sessions, I tend to work with my hands off the body, manipulating the patient’s aura through gentle movements. Amazingly and to my surprise I would often hear patients say, whilst they knew I was physically standing behind them, they could also feel other bodies walk pass them, and even more presences standing directly in front of them, when I was the only physical person anywhere near them. Others have reported whilst my hands where on their shoulders, they were also aware of ‘multiple’ pairs of hands healing them at the same time. In fact ‘boney’ more elderly hands then mine,
are often sighted working along side my own, and sometimes even working within the patients body!

I shall disclose more about these interesting developments I’ve experience through healing, later through
a blog entitled ‘Working with Spirit’, look out for it soon. 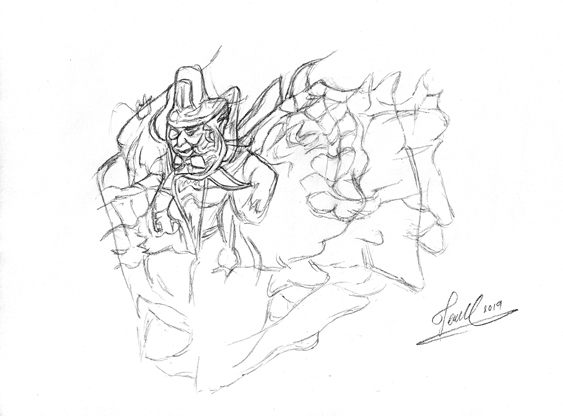 The Gallery ( My Balcony )

And lastly, at the start of this year, I had a spectacular visitation, or perhaps it’s more accurate to say ‘multiple’ visitations of Angels, Devas and Faeries on my balcony. As the year turned from one to another, and the old year faded and the New Year was ushered in with loud celebrations, cheers and fireworks. A multitude of Spirits came to visit, and saw the New Year in with me. They also came to pose and have their photographs taken by yours truly.

There were so many of them, so many different qualities, in all shapes and sizes imaginable. Small ones,
big ones, stout ones, tall ones, all with a spirit of charm and gaiety about them, some being the very definition of serenity, with others encompassing undeniable force and vitality. As well as this, what character and personality they all chose to reveal to the camera. It was a truly exhilarating and humbling experience for me simultaneously, as there where just so many of them. A gallery of angels and devas hovering around the balcony of my flat on the 17th floor. All of them engaging in having their portraits taken by my camera on the stroke of midnight, I really couldn’t have asked for a more delightful way to celebrate bringing in the New Year.

One by one, they passed by and said hello, some tipped their hats, while others simply smiled, it was
like standing before a never ending carousel of revolving angels floating by, bringing me glad tidings and sharing their time with me, I felt truly blessed by the Divine for having so many Angelic beings visit me
on that day.

One deva in particular I’d like to share and talk about here, of which I have produce a rough sketch of for this blog ( the photograph I am saving for my forth coming book ), is that of a ‘Gentleman’ fae of sorts. Wearing what appears to be some form of top hat, it also bears some resemblance to hats worn by quakers. His appearance was both stately and jovial at the same time. His features possessed bags of character, including sporting a discernibly well sculpted hook nose and a rye smile on his face. He wore a coat and jacket of some sort, most strongly defined within a triangular ‘v’ shape descending down from his neck line. He came through in mainly monotone ‘ghostly’ green hue making some features captured, hard to be absolutely certain about. Take his eyes for example, one was in shade while over the other eye he could have been wearing a monocle eye piece, or possibly not at all. It may just has been the camera angle and the way that side of his face was captured, the lack of colour differentiation here makes it hard to certain. Similarly with the area immediately underneath his chin, is he wearing a bow tie, or is it something else entirely?

In any case the drawing emphasises the more ‘fun’ interpretation and possibility of the ‘Gentleman’ fae sporting a monocle eye piece and bow tie, whilst still remaining faithful to the forms presented in those areas of the original photograph. What is abundantly clear though, is the incredible level of detail visible in his surrounding aura. It is full of complex structures and panels, that give it that multi-winged like
effect that many people witness seeing around faerie beings and angels.

My simple sketch does little justice to the level of detail present in the photograph, nor even the full structure of his auric pinions which extend much further then I have rendered here, but it does give you a sense of the core area and the kind of detail within his aura. In fact there is just so much there, I’ve barely scratched the surface nor mentioned the half of it. He was not even the only one present in that moment, for he also had a companion with him, a ‘lady’ fae of sorts, attired in a matching fashion similar to himself, resembling in many ways an Edwardian governess or you could even say she resembles a faerie version of Mary Poppins too! But that’s a story for another time and another blog, also coming soon.